Horns of Hattin is one of the locations in the holy land associated with the “Sermon of the Mount”. It is also the site of several more biblical and historical events. In addition, it is an amazing viewpoint from where you can see Lake Kinneret, Mount Arbel, and Mount Tabor.

Skip Introduction to Hike Description ➢
Horn of Hattin - Introduction
“Horns of Hattin” is a steep hill n the lower Galilee (altitude 327 ASL) rising about 250 meters above the surrounding plains. It is an extinct volcano, with a crater in the middle and twin peaks (“horns”) on each side. The ruins of the large Talmudic period village of “Hittya” are located on the northern slopes of the hill. From these two facts comes the name “Horns of Hattin”. It is also identified with the biblical town “Adamah”.

The location where Jesus preached the “Sermon on the Mount” is still debated. The more accepted location is the Mount of Beatitudes, However, many protestants believe the correct location is the Horn of Hattin. The historic event that made the “Horns of Hattin” famous is the battle between Muslim forces led by Saladin and the crusader’s army, which took place here in 1187. The defeat of the Crusaders in this battle marked the “beginning of the end” of their rule of the Holy land that resulted a few months later in the surrender of Jerusalem to Saldin.

The “Twin Peaks” of the Horns of Hattin 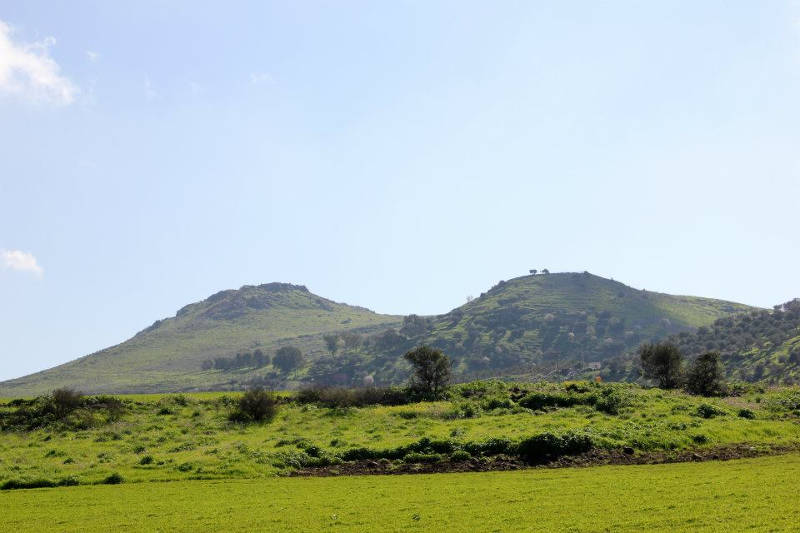 Relevant Bible Mentions:
Joshua 19:32-39 - The boundary of the tribe of Naftali
Text:”The sixth lot came out to the children of Naphtali,……….and the fenced cities  are Ziddim, Zer, and Hammath, Rakkath, and Chinnereth, and  Adamah , and Ramah, and Hazor,”
Explanation: The city of Adamah which is believed to be on the Horns of Hattin, is mentioned as a fenced city in the territory of the tribe of Naphtali
Exodus 3:1 - Moses and Jethro
Text: “Now Moses kept the flock of  Jethro  his father in law, the priest of Midian: and he led the flock to the backside of the desert, and came to the mountain of God, even to Horeb.”
Explanation: Moses is the Shepherd of Jetro’s sheep (His father in law). The tomb of Jethro is located at the foot of the  Horns of Hattin
Sermon on the Mount (Mathew Chapters 5-7)
Text: Jesus saw the crowds and went up a hill, where he sat down. His disciples gathered around him, 2 and he began to teach them…………………. When Jesus finished saying these things, the crowd was amazed at the way he taught. 29 He wasn’t like the teachers of the Law; instead, he taught with authority. (Full text)
Explanation: The Sermon is the longest continuous discourse of Jesus found in the New Testament and has been one of the most widely quoted elements of the Canonical Gospels. It includes some of the best-known teachings of Jesus, such as the Beatitudes, and the widely recited Lord’s Prayer. The Sermon on the Mount is generally considered to contain the central tenets of Christian discipleship. (Wikipedia)

Understanding the Sermon on the Mount

By Bus: Take line #42 from Tiberias. Get off in “Kfar Zeitim” and walk back about 500 meters to the starting point. 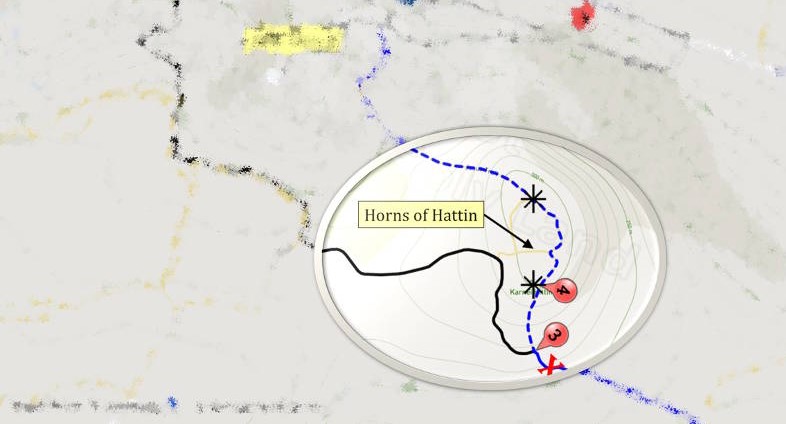 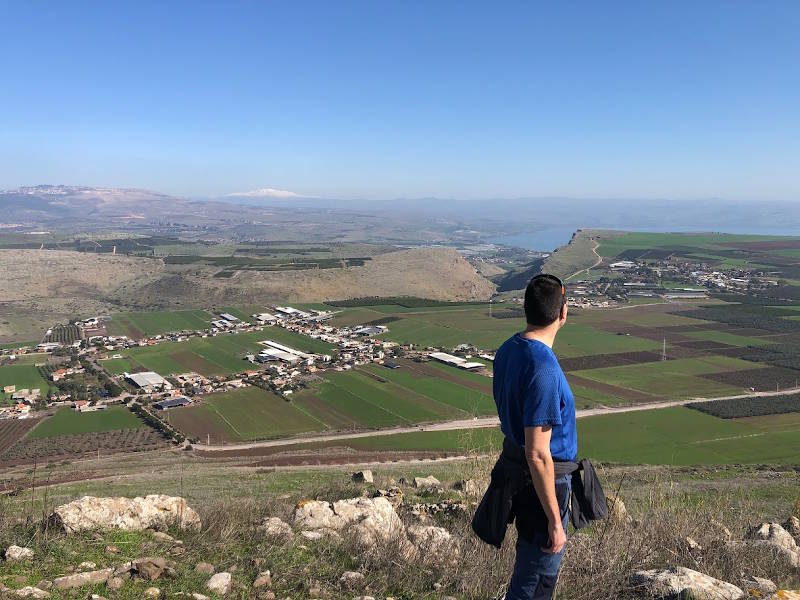 Nebi Shuayb
Nebi Shuayb is a Druze prophet, traditionally identified with the biblical Jethro, (Father in law of Moses). He is considered the ancestor of all the Druze people and his tomb located at the foot of the Horns of Hattin is considered the most important pilgrimage site for the Druze. In Druze tradition, it is believed that towards the end of his life, Shu?ayb took refuge in a cave on the slopes of the “south Horn” where he would die in old age. His followers buried him at the site and placed a tombstone at his grave. The building standing here today is a modem and serves also a pilgrims hostel mainly during the annual holiday held on 25-28/April.

GET THIS HIKE EBOOK
Price: Just 5$