Hike on Mount Carmel, at the location where Elijah confronted the false Baal prophets. Enjoy the great views of the Jezreel valley below and visit the Carmelite Monastery of the Prophet Elijah.

Elijah was one of the important Biblical prophets, who lived during the period of King Ahab and  Queen Jezebel. Elijah is an important figure to all the main religions (Jews, Christians, Muslims, and Druze) as a brave prophet that stood against the might of Kings and false prophets.

Our hike is centered around the famous event on Mount Carmel, where Elijah challenged King Ahab and the prophets of the Canaanite deity, the Baal. 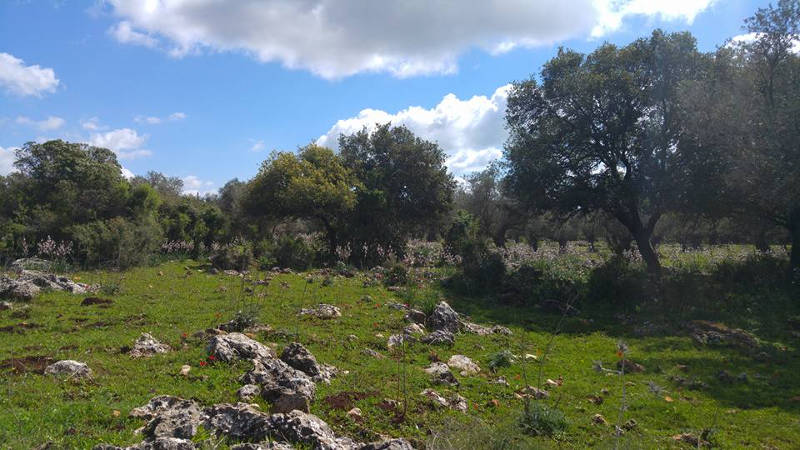 Karach Ruins (Mount Carmel)
The remains of a Jewish settlement from the 2nd to the 6th centuries CE (Late Roman and Byzantine periods) in the Mount Carmel ridge, near the Muhraka. It was inhabited by Jews who were exiled by the Romans from Judea and Samaria. The settlement was based on agriculture and grazing. Many water cisterns were dug in the area in order to compensate for the shortage of water resources in mount Carmel.  The site has a developed agricultural system (the use of terraces) as well as an olive press, burial caves, a winepress, and a local quarry. The site has never been formally excavated and not a lot can be seen. But the mix of the ruins with the Carmel scenery around is lovely.
Carmelite Monastery of the prophet Elijah
The old monastery belongs to the Carmelite Order, whose members arrived to the Holy Land from Europe in the 17th century. The Carmelite monastery carries the name of its patron, the Prophet Elijah. The Order was established on the Carmel in the time of the Crusaders; it adopted the figure of the prophet Elijah who fought zealously against the heretics of his time. From the roof (access is via the shop), you can see the Mediterranean, Mt Hermon (when it’s clear), and everything in between. In front of the building, there is a peaceful little garden with a statue of Elijah and a small walking trail. Opening hours: 09:00-12:00 and 13:00-17:00