A short but dramatic drive!! Cross the “Big” Makhtesh, Go on a few desert Short Hikes and the drive down the historic Scorpion Pass.

Over a short distance of just 35 Km you will visit an amazing group of desert highlights mostly “off the beaten track”!!

MAP OF THE ROAD TRIP 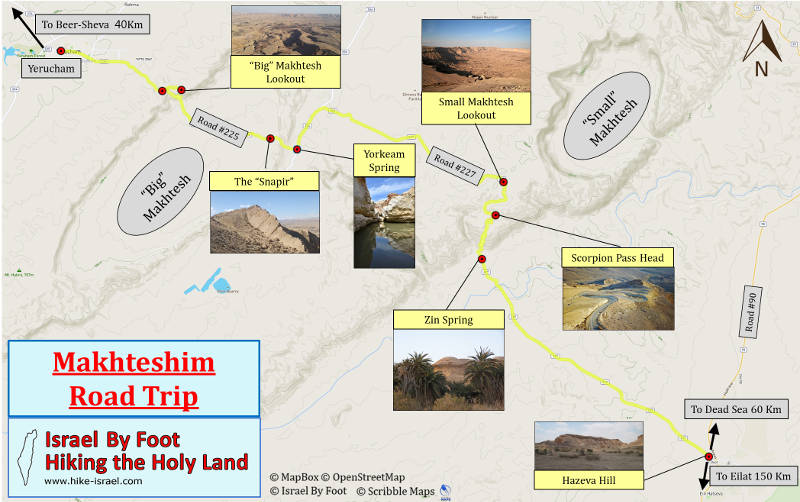 Get the Road Trip eBook for just 4$ !

The word “makhtesh” is the Hebrew word for a Mortar and Pestle. The geological landform was given this name because of its similarity to a grinding bowl.
There are only 7 such craters in the world, all of them located in the Land of Israel(5) and  the Sinai desert(2). Of the 5 located in Israel, two are very small ones near  the top of mount Arif. That  leaves us with the 3 main Makhteshim (craters):

Just a few meters Northwest to the car park is a small hill with “colored sand”. A popular activity in Israel is to make with it a small “sand bottle”, so we recommend to come prepared with an empty glass bottle and make by yourself a great Israeli souvenir for free!!
After a short visit to the colored sandhill, you can go on a short but exciting 3­­­­­-4 Km short hike.

SHORT HIKE TO THE “SNAPIR” (FIN)

A short, but “real”  hike climbing the walls of the Makhtesh 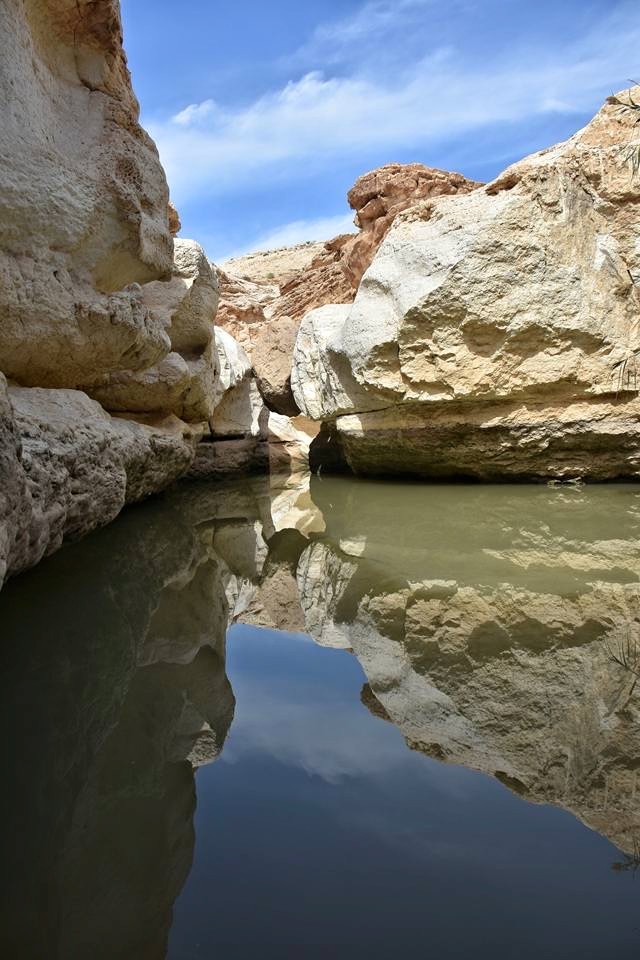 A great picnic spot and an option for another short hike

Follow the green marked path going east for about ½ Km until you reach the Yorkeam spring.
This is a fantastic spot for an extended break, and during the winter and spring offers also a good swimming opportunity!

EIN YORKEAM:
Ein Yarkam is a seasonal spring in the upper part of the Hatira wadi, east of the “big” Makhtesh. The spring is “active” mainly during the winter and early spring, filling a large pool with water up to 5 meters depth. Towards the end of the summer, only a few water puddles remain in the lower part.
Ancient steps were cut in the wall of the northern bank of the wadi, which was probably used to take drinking water from the pool. Near the spring are also ruins from the Byzantine period that served as a security point.
After the visit to the spring, you can return to the vehicle or continue further down the wadi for about 1.3 km along the green marked trail. Walk until you reach a tall dry waterfall nicknamed “Nakeb El Yahud” (Arabic for “The pass of the jews”). The view from the top of the waterfall down to the canyon is impressive.
NAKEB EL YAHUD (MAALE PALMACH):
“Nakeb El Yahud” – How it got its strange name?  A Palmach platoon was in the midst of a long 21-day journey from the Judean Desert to the Negev. It was the winter of 1944, the British Mandate ruled in Palestine. Because the platoon did not want to be discovered by the British In the open areas of the Rotem Plain, they were forced to deviate from the route they had planned. After passing through a few wadis, the company reached a “dead-end”,  facing a huge dry waterfall rising to the right and a high cliff blocking the path to the left. What to do? Out of lack of choice, they climbed the canyon cliff that was considered impassable until then by the Bedouins living in the area!! so, they named it “Nakeb El Yahud” (Pass of the Jews). Today it is called “Ma’ale Palmach” (Palmach Pass). Nowadays, a metal ladder and cables serve the hikers on the path that goes along the canyon.

A short hike to an amazing view-point the Makhtesh

From here it’s a 2 km easy hike along the red marked dirt road. Pay attention that after about 1.5 km you have to fork right to an unmarked dirt road!! (As the red path goes left)
All of a sudden the amazing view of the whole “Small” Makhtesh open up. Wow!!
Absorb the views and retrace your steps to the car. 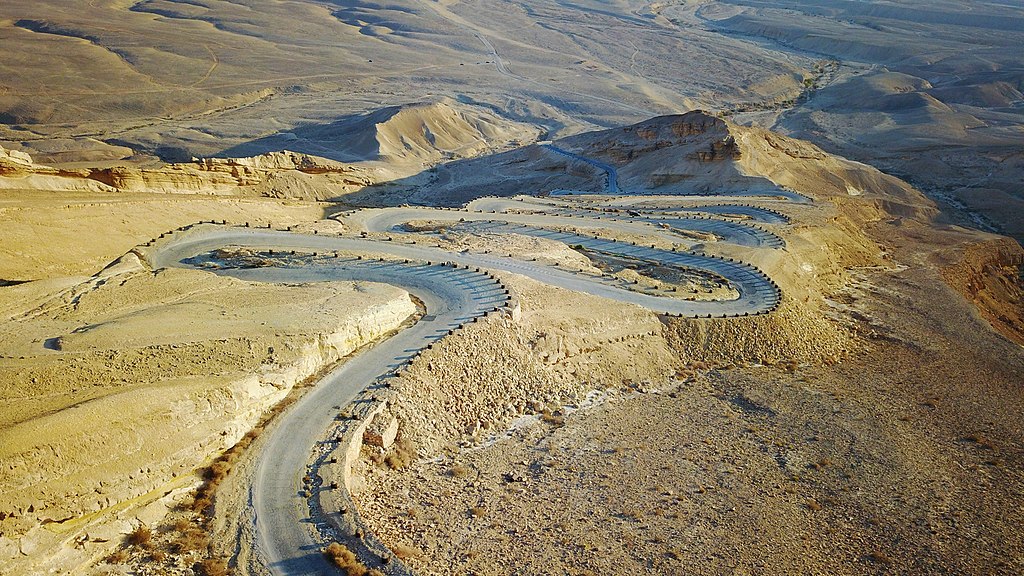 The historic main road to Eilat

The Ma’ale Akrabim massacre, known in English as the Scorpions Pass Massacre, was an attack on an Israeli passenger bus, carried out on 17 March 1954, in the middle of the day. Eleven passengers were shot dead by the attackers who ambushed and boarded the bus. One passenger died 32 years later of his injuries, in a state of paralysis and partial recognition. Four passengers survived, two of whom had been injured by the gunmen. Read further in Wikipedia